New Customer? Save 10% with code Vics10new at checkout

Since Ruth and Vic started Vic's Corn Popper in 1980, they've always believed that if you sell a quality product, at a good price that people will come back for more.

From the sweetness of their special hybrid popcorn to their exacting quantities of ingredients and heat, they're able to produce the precise taste, texture and flavor that Vic's gourmet popcorn is known for. That's also why no preservatives are used in the preparation of any of Vic's gourmet popcorns. Instead, they're popped and packed the day you order – each time, every time.

Today, Ruth and Vic are still active in the operations of their business. But instead of raising their own children, they're busy spending time with their grandchildren. And of course, you can catch them helping out the family of people who will make the popcorn you'll order today. So that you can enjoy sharing it with the people that mean the most to you.

Popcorn should be simple.

From your grandma's kitchen, to your favorite Saturday matinees, nothing rekindles fond memories like the familiar scent of popcorn. It's just that simple.

So, when Vic and his wife, Ruth, started Vic's Corn Popper in 1980, that's just how they kept things – simple. To sell quality product at a good price.

From the start, Vic's Corn Popper has only used its own hybrid white popping corn, grown on farms in the Platte River Valley of Nebraska. Each batch is cooked at the same temperature, with oil and salt to give it Vic's unique “cooked in kernel” flavor, texture and crunch. 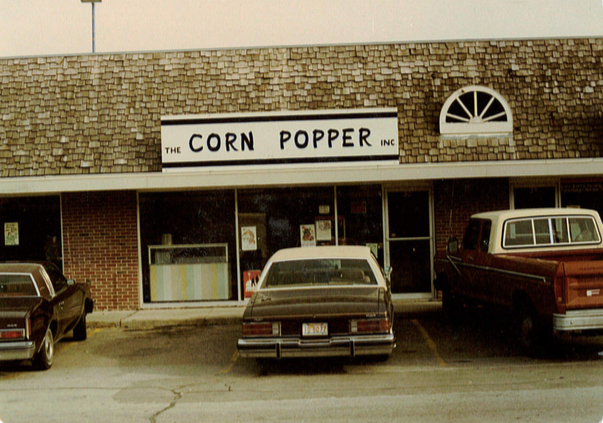 A taste was all it took

From their very first store, opened in Omaha, Neb., Vic and Ruth began to attract a very loyal following within the very first month. From bowling alleys and bars, to workers taking a time out – the demand for Vic's gourmet popcorn continued to grow as far and wide as their delivery van could take it.

Soon, what started as a means of supplementing their income to raise their young children, became a full-blown enterprise within the very first year. Then came a second store the same year, along with the first of the flavored popcorn – caramel and cheese.

A request from local physicians for a popcorn with less oil and salt brought new varieties – Lite and Half Salt. Then popcorn balls and the flavors and combinations that make the Vic's name famous. 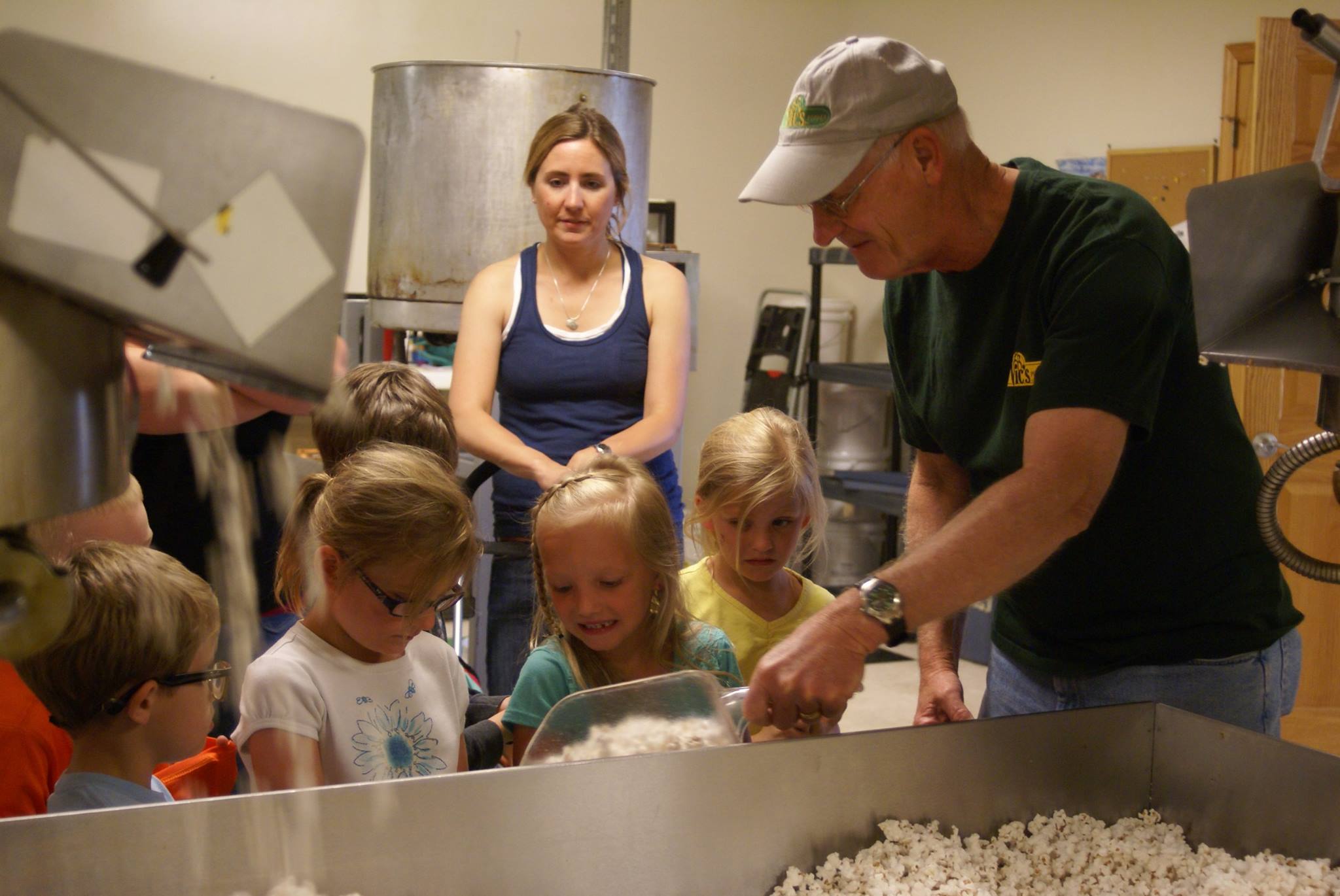 Going to any lengths

Today, the demand for Vic's gourmet popcorn spreads as far and wide as the people who love it so. And of course, Vic and Ruth are happy to help, sending canisters, care packages, gift boxes, and bin busters across the country and even around the world.

So, no matter where you are or what you order, you'll find your Vic's Corn Popper gourmet popcorn to be tasty and flavorful – without exception. 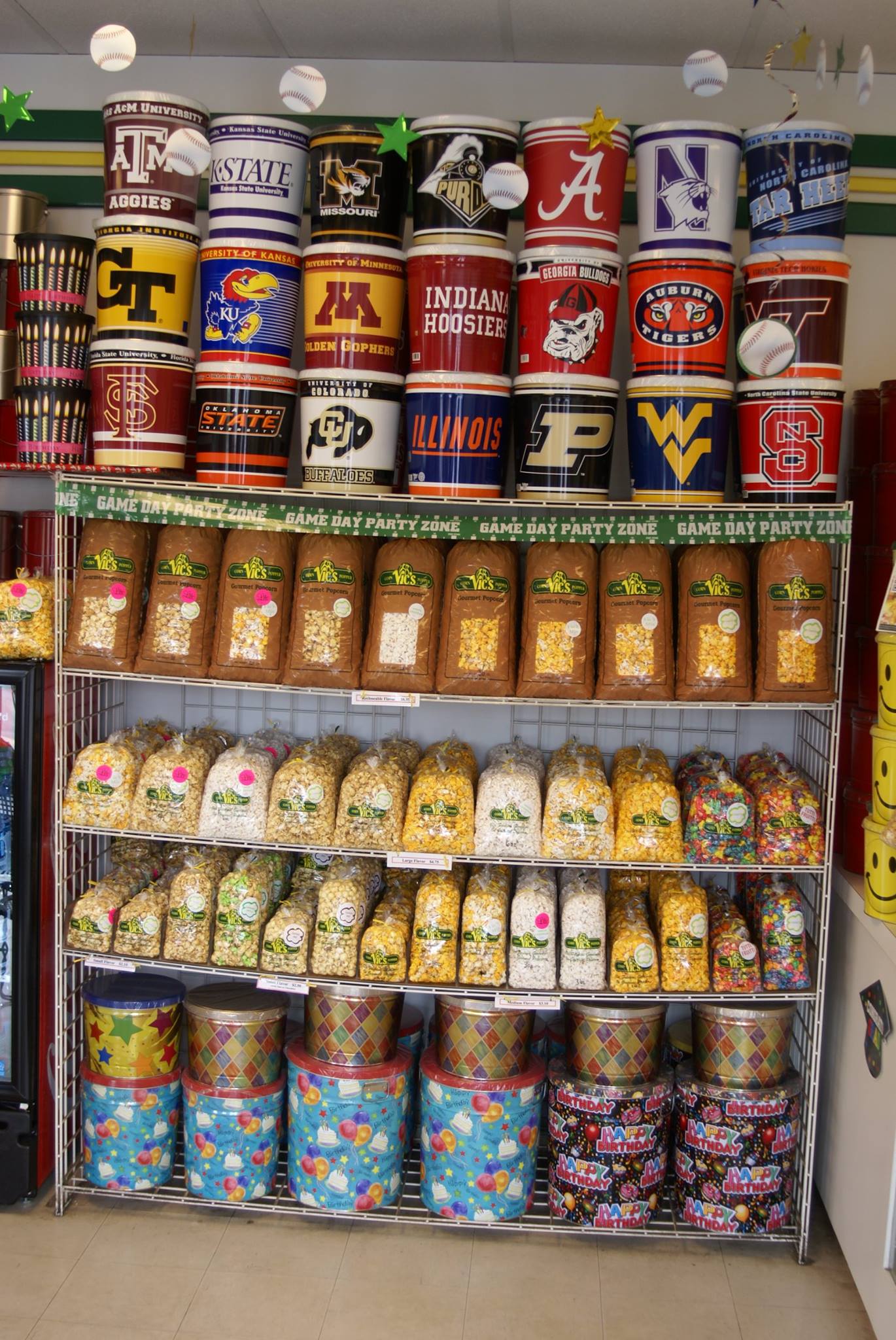